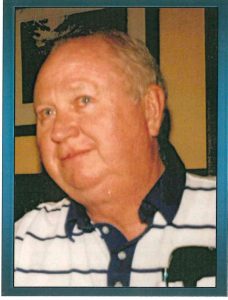 A Celebration of Life was held from 1-4 p.m. Friday, July 2, 2021 at the Waterbury Funeral Service of Sioux City, with Military honors at 2 p.m. on Friday with the United States Air Force.

Dennis served in the U.S. Air Force from 1957 to 1959. After being discharged from the military, he was employed as a restaurant supply salesperson. He was a member of Immaculate Conception Church for 48 years.

Dennis loved his family, especially his daughter and grandson. He was an avid bowler and golfer.

He is survived by his wife, Mavis; a brother, Vince; a sister, Anna Dunn; a daughter, Laura Walding; a grandson, Shawn Kvidera; and many nieces and nephews.

He was preceded in death by his parents; brothers Cyril, Joseph, Fred and Bernard; and a sister, Catherine.

The family of Mr. K wishes to expresses their gratitude for your kind thoughts and prayers.