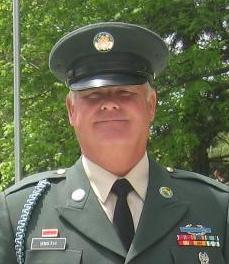 A visitation was held on Sunday, August 01, 2021 from 5:00 p.m. – 7:00 p.m. at the Grace United Methodist Church of Correctionville. The Nicklas D. Jensen Funeral Home of Correctionville is in charge of the arrangements. Online condolences can be made at nicklasdjensenfh.com

Michael L. Smith was born September 1, 1948 to Lee Earl and Anna Marie (Levin) Smith. He graduated from Correctionville High School then joined the U.S. Army and served for two years. Mike was a proud member of the American Legion Mumford-Moon Post #79 and VFW Post #1750 in Correctionville.

Mike was united in marriage to Zoann D. Fitch on August 15 1968. They where blessed with two daughters, Kristine and Patricia, and they made their home in Correctionville.

Mike was preceded in death by his parents, Lee and Anna Marie Smith.