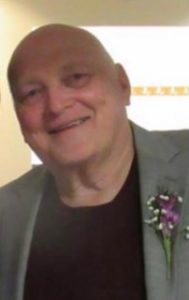 Larry Charles Countryman, 73, passed away peacefully on August 14, 2021. Larry was born June 28, 1948 in Kansas City, Kansas. He was the second child of Lloyd Countryman of Moville, IA and Edna Neer Countryman of Lexington, Missouri.

In the same year, Lloyd, Edna, Darlene and Larry moved to the Moville area and started farming. There, James and Pamela were born and the kids were raised in a loving family with a strong work ethic that helped form their future successes.

Larry thrived in the hard work environment which led to one of his favorite sporting activities, football. Football not only became a passion but also provided a college scholarship at Morningside College so he could obtain a degree in accounting, and eventually became a Certified Public Accountant. His success in college football culminated in his induction to the Morningside College Hall of Fame in 1987.

Larry married Nancy Weathers on June 10, 1967. After college, they lived in Omaha, Nebraska then Lawton, Iowa; eventually settling on a farm southeast of Larry’s hometown of Moville, Iowa. There they raised their three children, Kelly, Christen, and Katie. Larry and Nancy had a small cow-calf operation while Larry continued his career in Sioux City as a CPA. The couple divorced in 1991.

On December 14, 1997, Larry married Diana Sharp and added another extended family to care for and love. Larry and Diane were inseparable and enjoyed many adventures together. Larry and Diane’s favorite adventures were on cruises all around the world. Together, they went on 30 cruises, saw many cultures and made numerous travel friends.

Larry and Diane also enjoyed spending time in their second home in Las Vegas, Nevada. They spent countless hours by the pool and enjoyed all there is to do around the city. In 2019, Larry achieved one of his lifetime goals by becoming a NFL season ticket owner. He was looking forward to attending live NFL games in Las Vegas during retirement (especially watching his beloved Pittsburgh Steelers) but the 2020 NFL restrictions due to the pandemic delayed his live attendance ambitions.

Besides playing and watching football, Larry was an ardent supporter of his children’s and grandchildren’s activities, especially sports. Larry coached youth athletics for many years and helped develop Moville’s youth recreation sports leagues (now MYRA), even serving as baseball commissioner for the Regions American Legion Baseball League. Larry was so proud of his children and grandchildren and their accomplishments and attended many games, speeches, concerts and other school activities.

Larry took on his career with as much passion and hard work as he did everything in his life.

He began his career working at Arthur Anderson Accounting in Omaha, Nebraska. An opportunity to teach accounting at Western Iowa Tech Community College drew Larry and his family back to the Siouxland area and he became one of the founding instructors of the accounting department. Larry eventually accepted a position with the Williams & Company CPA Firm in Sioux City, Iowa and became a Partner in the firm.

Larry loved his job and was good at it. He was revered in the business community and consulted many colleagues and friends. Larry worked for Wilson Trailer Company until his health made it too difficult to go to the office.

Larry was highly involved in multiple community activities, was a consultant to many politicians on public and tax policy, and was a director for several non-profit organizations. He held board positions in organizations such as the Tax Research Conference, Boys Club of America, Sioux City Chamber of Commerce, Iowa Association of Business and Industry, Leadership Iowa, Moville Community Development Association, Inc., as well as many others.

A memorial scholarship is being established in Larry’s honor. A memorial donation in lieu of flowers is appreciated.