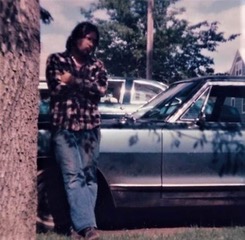 A graveside service will be held on Thursday, August 19, 2021 at 10:00 a.m. at the Arlington Cemetery of Moville with Pastor Barb Spaulding officiating.

Ed was born December 22, 1955 to Edward Waldo and Carol Sue Holdcroft, both preceeding him in death, as well as his sister Kelly and nephew Lane.

Ed was a fan of Indian motorcycles, classic Chevrolet cars and helicopters. He was known for building and driving fast cars which led him to meeting Vicki, the mother of his first four children: Denver, Eddie, Mindi, Scott and a stepdaughter, Stevie.  He had 16 grandchildren and five great-grandchildren.

Ed was exceedingly intelligent and excelled at anything he did. He was often the go-to person for any question regarding auto mechanics or any and every type of construction. In his early twenties he made his first million!

He was an amazing, kind, loving father and a lover of all animals which made the bond strong between him and his youngest daughter Michellle who came later in life. The two shared unspeakable intelligence and Ed’s unforgettable sense of humor.

Aside from being a hero to his children, he was a helping hand to anyone in need. He was adored by all who had the pleasure to know him.