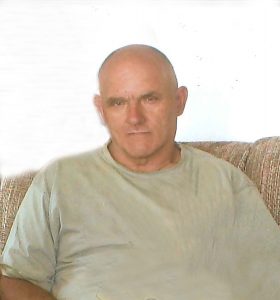 A family burial service took place at the Kingsley Cemetery on Thursday, September 9, 2021. A Celebration of Life Service took place at 11:30 a.m. on Thursday, September 9, 2021, at the Mauer – Johnson Funeral Home in Le Mars. The Johnson – Earnest Funeral Home in Kingsley is in charge of arrangements. Expressions of sympathy may be directed through www.mauerjohnsonfh.com

Bruce graduated from Remsen-Union High School in 1967. He continued his education in Nebraska where he studied drafting. He was married to Patricia A. Hall and they had three children.

Bruce was living in Moville, Iowa when he retired from the maintenance department at Sioux City Brick and Tile.

He is survived by his children, Stacey L. (Kevin) Bruscher of Le Mars, IA, Michael B. (Kelley) Badgerow and Timothy B. Badgerow, both of Kingsley, IA; 6 grandchildren; 9 great-grandchildren; sisters, Judy Muecke of TX, Debra (Bob) Reeg of AR and Bonnie (Mike) Evans of AR; and several nieces and nephews.

He was preceded in death by his parents; a grandson, Kyle Badgerow; granddaughter-in-law, Tonya Bruscher; brothers, Larry and John; a brother-in-law, Roger Muecke; and nephews, Mike Evans, Jr. and Danny Reeg.