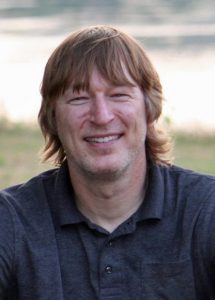 A Memorial Service was held at 3:30 p.m. on Saturday, September 18, 2021, at the United Methodist Church of Anthon, Iowa. Lay Minister Shirley Nelson will officiate. Committal Services will be at a later date. No Visitation will be held.

Raimer Lee Wilson, the son of Stephen F. and Susan J. (Diamond) Wilson, was born on December 8, 1969, in Sioux City, Iowa. He passed away on Monday, September 13, 2021, at the age of 51. He grew up in the Correctionville, Iowa, area graduating from Eastwood High School with the class of 1988 then attended the University of Northern Iowa. Lee settled into his career as a computer engineer tech for IBP/Tyson Foods, a job he truly loved.

Lee married his wife, Elena in November 2005 and was blessed with a son, Roman and a daughter, Jane.

Lee was a humorous, loving and kind son, father, husband, brother, uncle and friend. He was one of a kind, and was able to do anything he put his mind to.

He was preceded in death by his maternal grandmother Delores (Kollbaum) Diamond; paternal grandparents, Ralph and Grace Wilson; and father-in-law, Ivan Proshchenko.