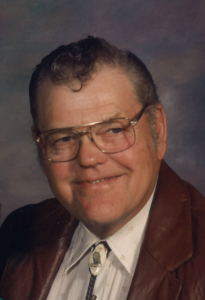 Arnold Dean Levin was born October 4th, 1935, to Lester Arnold and Esther Dorothy(Heckenlively) Levin at Correctionville, Iowa. He was raised in the Correctionville area. He graduated from Washta High School in 1957. Upon graduation, he enlisted into the Air Force but returned home after a year and a half of service to help on the family farm following his father’s heart attack.

Arnold had many interests over the years. He worked as a ranch hand in South Dakota, was a lettered welder and worked for Sam Craig Contractors and was a hunting guide in Montana. Wanting to experience the outback of Australia, he journeyed to Australia. He returned to the states. His welding skills were put to use working on the Alaska Pipeline and two nuclear power plants over the years.

In October of 1972, he married Janice Joy Brown at Galva, Iowa. They soon traveled to Alaska, where he had his own commercial salmon fishing boat in Kenai. He had a five man crew on board and Janice worked at the cannery there. In 1979,

Arnold and Janice teamed up with sister Janet and husband Gary Brown and their four sons, to own and operate McArdles Resort on Lake Winnebegosh. After several years, they moved to Grand Marais, Minnesota, where Arnold had a repair service and operated a pulpwood logging business.

Their final move together was to Kissee Mills, Missouri to an acreage and there again he had a repair business. They were active members of the Lutheran church in Missouri. Janice passed away in 2004 and soon after he moved to Akaska, South Dakota. There he was involved in the community and still sharing his skills of fixing about anything that needed to be fixed.

After suffering a heart attack, Arnold moved from Akaska, to the Holstein Senior Living in Holstein, Iowa in July of this year and in mid September moved to the Good Samaritan Society of Holstein, where he passed away following a brief illness.

Survivors include his brother, Les (Janet) Levin of Sioux City and sister, Janet Brown of Baxter, Minnesota, his special dog, Duchess and many nieces, nephews and friends.

He was preceded in death by his parents, his wife, Janice, sisters, Anna Marie Smith, Betty Burns and infant sister, Ethel Levin.