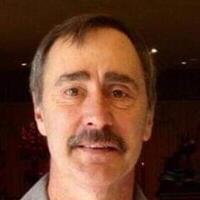 Martin R. Johnson, 68, passed away at his home in rural Moville, Iowa, on Sunday, October 3, 2021, after a brief struggle with an aggressive brain tumor.

A celebration of life will be held at a later date, at his request. Waterbury Funeral Service of Sioux City is assisting the family with arrangements.

Martin was born July 16, 1953, in Sioux City, Iowa to Darrelle and Alice (Stahl) Johnson. He was raised on the farm west of Moville, Iowa and graduated from Woodbury Central in 1971. He worked various jobs in the Sioux City area until he enlisted in the Navy in 1980 and served 13 years as Chief Sonar Technician on several nuclear submarines, most notably the USS Lewis and Clark, and he was part of the team that built the USS Nebraska.

While stationed in San Diego, California, he attended National University and graduated with a Bachelor of Arts in Computer Science and following his service in the Navy his degree led him to a happy ten-year career in marketing at Gateway Computers in North Sioux City, South Dakota.

After that he worked in marketing at the Argosy Riverboat Casino in Sioux City, IA; Justice Advertising Management in Cleburne, TX; and Vizio Tech Support, North Sioux City, SD. Despite being underwater for much of his Navy career he enjoyed shore leave with Lockerbie, Scotland and the White Cliffs of Dover, England among his favorites.

He also took advantage of his time in San Diego to go scuba diving.

Martin was a man of many talents with a great determination for accomplishment and had a great sense of humor despite his disability due to a stroke in 2012. He used his skills in plumbing, electrics, and carpentry to totally refurbish the farmhouse he grew up in and landscaped the area to a park-like setting.

He was preceded in death by his parents, grandparents, all of his aunts and uncles, and his very distant relatives, Adam and Eve.