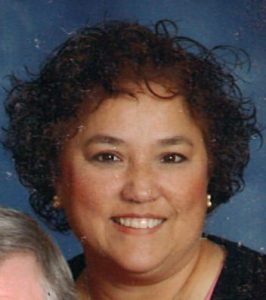 Neoma R. Zahnley, 61, of Correctionville, passed away on Sunday, September 19, 2021 at the MercyOne Siouxland Medical Center of Sioux City.

Neoma Rose Zahnley was born February 17, 1960 in Tokyo, Japan to Danny and Toshiko (Sasaki) Halligan. They moved to Correctionville when she was young and worked on the hog farms.
She was a graduate of Eastwood High School with the Class of 1978.

Neoma was united in marriage to Lawrence Randall Zahnley on October 15, 1983 at the Grace United Methodist Church of Correctionville. They were blessed with one daughter, Sara Rose.

After she graduated high school, Neoma worked for the Independence Mental Health Institute; the Correctionville Nursing and Rehab Center for 18 years; Wagner Chiropractic Clinic for 13 years as a Chiropractic Assistant; attended a trade school & earned a degree as an X-ray Tech. She was presently working at VT Industries and hit her 10-year mark as a Tool Room Attendant in April 2021.

Neoma was a member of Grace United Methodist Church and was active in the lay ministries.

She taught Sunday School until Sara was confirmed. Neoma was always willing to volunteer her time in the community. She enjoyed rock hunting, camping, traveling, and spending time with family and friends.

She was preceded in death by her parents, Danny & Toshiko Halligan; a niece; and many beloved family and friends.