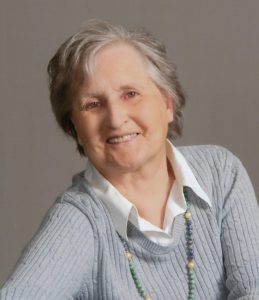 Anita L. Cooch, was born on October 3, 1932, in Anthon, IA, the third of four children born to Elmer and Ina (Lewis) Myers. In 1950 she graduated from Anthon High School. She married Louis Pierce in 1951, and they had three children. They farmed in the Anthon area until Louis’ death in 1969.

In 1973, Anita married Charles Altimus. Charles passed away in 1990. She was then married to Clayton Cooch of Climbing Hill in 1998 until Clayton’s passing in 2010.

Anita worked in the Anthon area as secretary for Production Credit Association. She also worked as a secretary for the Soil Conservation Office, and the Anthon-Oto High School. Anita later worked as a bookkeeper at the local John Deere Implement Dealership. She retired from the Clerk of Courts in Sioux City in 1997. Anita was an active member of the United Methodist Church in Anthon and also served as president of the Anthon-Oto Alumni Association for 27 years.

Anita was proceeded in death by her parents; her three husbands; a brother, Otis Myers; two sisters, LaVerne Thompson and Dorothy Reynolds; and two nephews.