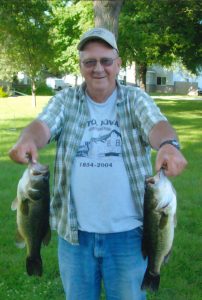 A Memorial Mass will be held at 1:30 p.m. Friday, December 17, 2021, at the St. Joseph Catholic Church of Anthon, Iowa. Father Randy L. Schon will officiate.

Committal Services will follow in the St. Mary’s Catholic Cemetery of Oto, Iowa, with Military Rites conducted by McNiff Post No. 389 of the American Legion of Anthon, Iowa.

The Armstrong – Van Houten Funeral Home of Anthon, Iowa, is in charge of the funeral arrangements. Condolences may be sent online at www.armstrongfuneral.com.

Leonard Tracy “Butch” Handke was born in Oto, Iowa, on May 10, 1945, to Tracy and Anna (Gotto) Handke. He grew up in the town of Oto and received his education in the Anthon Oto Community School District graduating with the class of 1963.

In September of 1963, Butch joined the United States Navy where he served on a ship during the Vietnam War. He also served on a Helicopter Aircrew for 17 years. Butch was stationed in the Mediterranean Sea on different supply ships where he served seven tourers. He retired on March 31, 1983, as an E-7 Navy Chief.

Butch started his career as an electrician for Holstein Electric in 1988. During this time, he also helped on other jobs with his son Craig until he retired in 2010.

An avid fisherman “Not Just a Fish Story” Butch shared his passion for fishing rivers, ponds, and local honey holes with his sons and grandchildren. He also loved his country, cooking, and spending time with his family.

He was an active member of the St. Joseph Catholic Church of Anthon, the McNiff Post No. 389 of the American Legion of Anthon and the Little Sioux Valley VFW Post No. 9124 of Oto, Iowa.