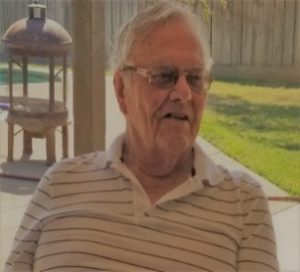 A celebration of life will be held at a later date to be announced.

Earl E. Hunwardsen, born February 12, 1935 to Otto and Ella (Christopherson) Hunwardsen in Danbury, Iowa grew up and went to school in the Correctionville, Iowa area.

In January 1955, he enlisted in the U.S. Army where after boot camp served the remainder of service from December 1955 to December 1957 at Schofield Barracks in Hawaii.

He felt so honored to have been chosen to carry the American Flag during the many parades held at Schofield Barracks.

Upon returning to Iowa, he met the love of his life JoAnn and was married on February 15, 1959. To them were born 3 children. He was employed at Swift Meatpacking in Sioux City until December 1968 wherein the family transferred to Stockton, California working for Swift and later Allen Meat Packing.

In 1974, they moved to Galt, California wherein he spent the remainder of his life and became a truck driver for 20 yrs. His memories are many wherever he lived and the people he knew, always happy wherever and whatever he was doing even during trials and tribulations that beset upon him.

The Whole Body Donation Program for medical research and education is through Aeternitas Life in Portland Oregon.