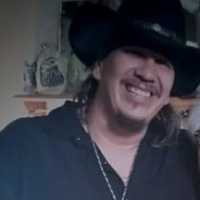 He grew up in Sioux City and as a young boy was very adventurous with his brothers and friends. Participated in Taekwondo at the Indian center and kept a mischievous smile on and his fearless spirit stayed with him throughout his life.

As an adult Steven worked various jobs such as a roofer mainly, in restaurants and loved tanning hides with his brother and dad. He loved to garden, draw, paint and cook. He loved his children and family very much and will be missed dearly.

He is preceded by his son, Patrick Hoffman; grandparents, Taft and Pearl Hoffman; and numerous aunts and uncles.