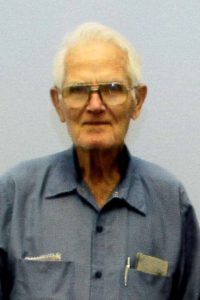 A funeral service was held at 10:00 A.M. Monday, May 16, 2022 at the United Church of Christ, Oto, Iowa with Pastor Karen Handke officiating. For those attending the service, casual dress was requested. A recording of the service was available on the Goslar Funeral Home website with LaWayne’s obituary. Burial followed in the Correctionville Cemetery in Correctionville, Iowa.

A visitation was one hour prior to the service at the church on Monday, May 16, 2022. Arrangements were under the direction of Goslar Funeral Home and Monuments, Onawa, Iowa. Condolences may be left online for the family at www.goslarfuneralhome.com

LaWayne Fred was born January 19, 1936, in rural Anthon, Iowa, the son of Fred and Ruth (Whitesell) Downey. He grew up on a farm near Anthon and attended Anthon Public School.

On February 23, 1955 LaWayne was united into marriage to Reba Downing in Oto, Iowa. To this union three children were born, Raleigh, Linda, and Roger. Reba passed away December 23, 2020 in Anthon.

LaWayne owned and operated a gas station in Anthon. He was an auto mechanic at Mac’s in Mapleton, Iowa for several years. LaWayne owned Downey’s Hardware Store in Anthon until his retirement.

LaWayne had a love of cars and he bought and sold many: cars, tractors, pickups, and anything that he could get a deal on. LaWayne enjoyed attending auctions, garage sales, and swap meets. He loved wheeling and dealing, and collecting many different items.