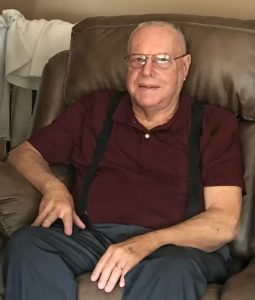 Steven married the love of his life, Jean Elizabeth Hopp, from Moville, Iowa, on February 23, 1963.  He loved to square dance, fish, hunt, and enjoyed spending time together with family and friends.  They were blessed with 2 daughters and 3 sons; Doreen, Bobbi, John, Brian and Darren.  His family was his whole world.  He loved each and every one of them beyond words.  The joy and blessings of spending time with grandchildren and now great grandchildren has added even more great memories.  Steven worked hard to provide and care for his family.

Steven operated Steve’s Barber Shop for many years in Correctionville. He also ran the rural mail route morning and evening between to Washta, Quimby, Kingsley and Pierson, He was also a volunteer fireman for the Correctionville Fire Department. In later years he drove truck for Maple Valley Woodshavings of Aurelia and Chesterman Company out of Sioux City.  He also worked as Security Guard in Dakota Dunes.  He had a passion for breeding and raising horses.  The whole family enjoyed the work and pleasure of growing up on the farm.

Preceding him in death was his parents, his in-laws Henry and Dorothy Hopp of Moville, sister – Judy Jones, great granddaughter – Olivia Stocking.

Steven will be greatly missed by family and friends.  He has touched many lives in his years and will never be forgotten.  There will be a private, family service at a later date.