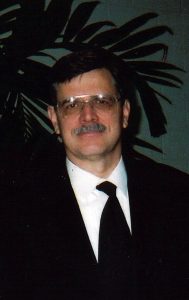 Dr. Dale Terry Peterson, 76, of Lawton, passed away at sunrise on Sunday June 26, 2022 at his residence, surrounded by his loving family.

Services will be held at 11:00 a.m. Saturday, July 2 at Meyer Brothers Morningside Chapel with minister Dale Smith officiating. Visitation with the family will be Friday from 5:00-7:00 P.M. at the funeral home. Burial will be at Banner Township Cemetery. Online condolences may be given at www.meyerbroschapels.com

Dale owned and operated Peterson Chiropractic in Sioux City before moving his practice to Springfield, Missouri. There he began a printing business which he continued to own and operate. He greatly enjoyed interacting with customers. The couple eventually returned to Sioux City where Dale continued his business and practice. With work being Dale’s passion he never “officially” retired.

Dale was truly committed to his service as a Church Elder for many years, and enjoyed practicing natural health and studying the teachings of Jesus. He served on the Woodbury County Library Board and was elected as board president, a position his father once held.

He was preceded in death by his parents and a sister, Joyce Peterson.