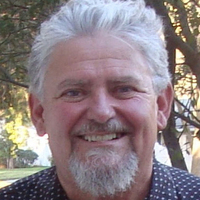 Dennis Lee “Denny” Barber, 71, of Bronson, Iowa, passed away on Friday, June 24, 2022 surrounded by his loving family after a lengthy battle with cancer.

Services will be at 11:00 a.m. on Friday, July 1, 2022 at Meyer Brothers Morningside Chapel. Visitation will be from 4-7 p.m. on Thursday, June 30, 2022 at the funeral home. Burial will be at Memorial Park Cemetery. Online condolences may be directed to www.meyerbroschapels.com.

Denny was born on April 24, 1951 in Bronson, to Rex T. and Addie Barber. He graduated from Bronson, Iowa in 1969. He attended Electrical School in Des Moines, Iowa. He was employed with Verschoor Meats, Quik Kafé, Sioux City Journal, Swanson’s Corporation for over 20 years, and Pepsi for over 12 years, before retiring.

He married Susan Uden on February 13, 1971, and to this union three sons were born. The two later divorced. He later met Cathy Wolfe, and he enjoyed many years with her and her two kids, Elisha and Zack Cook. He was a generous soul, loved animals, and being at the farm. He spent much time with his family, tinkering around with various projects, telling elaborate stories, and watching Gun Smoke.

He was preceded in death by his parents; brothers: Rex and Gordon; brothers-in-law, Guiles and Pat; and a special nephew, Brub.