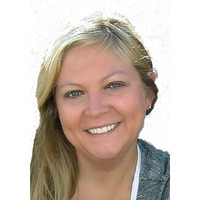 Holly Christina, the daughter of Ronald Sr. and Ionia (Ritchison) Rasmussen, was born on December 24, 1982 in Sioux City. Holly grew up in Sioux City and graduated from East High School with the Class of 2001. While in high school, she worked at the Economy Market in Sioux City where she met many lifelong friends.

Prior to graduating from high school, she started working at an insurance company then worked at the Coffee King. Holly worked various other jobs until she turned her love for photography into a career with her cousin, Linda. Together they started Fireflys Photography.

In 2004, Holly married Bill Margellos and they were blessed with two daughters: Iris and Demitra “Demi”. Holly loved her daughters dearly and they were her whole world. Holly and Bill later divorced.

Holly’s hobbies included: photography, fishing, playing pool and darts, and watching Days of our Lives. In addition, she loved music and enjoyed singing karaoke. Above all, she enjoyed spending time with her family and loved her cat.

She was preceded in death by her mother, Ionia Rasmussen; and her maternal and paternal grandparents.