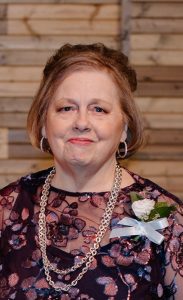 Marla Joleen Crichton was born May 1, 1950 in Logan, Iowa the daughter of Fidell and Erna (Price) Wadsworth. She was raised near Climbing Hill, graduating from Woodbury Central High School. Marla married John Crichton September 6, 1968 in Climbing Hill. Together they made their home in Sioux City prior to John being drafted for the Vietnam War. During that time, they lived in Alabama, Texas, and Alaska. Upon leaving the military, they settled in Hornick. Later in their marriage, the couple moved to the Climbing Hill area and then to Moville in 1989.

Over the years, Marla enjoyed reading and taking pictures of her grandkids at their school events and other activities. She and John also enjoyed the sport of drag racing traveling to Topeka, KS several times for the national drag race event there each year. The couple also enjoyed drag racing their own 1965 Chevelle with their son’s families at drag strips in Humboldt, IA and Marion, SD.

Marla is preceded in death by her parents, brother-in-laws Ronnie Crichton, Jim Crichton, Jess Johnson, and her husband, John.