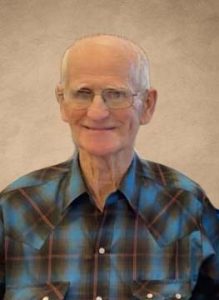 Donald Wayne Hoefling, age 80, of Oto, Iowa, passed away on Friday, July 29, 2022. Don was born August 24, 1941, in Odebolt, Iowa, the son of Harold and Mary (Buehler) Hoefling. He was raised on the family farm, and baptized and confirmed at the Odebolt United Methodist Church. Don attended Odebolt-Arthur High School graduating with the class of 1960.

On June 6, 1965, Don married Roberta Huisenga. They began their journey together by renting a farm near Early, Iowa, for two years and then they purchased land near Climbing Hill, Iowa. In 1979 the couple purchased Don’s parents’ farm and moved to Odebolt. In 1996 they bought land near Oto, Iowa and resided there. Don then transferred his membership to the Smithland United Methodist Church which he attended for the rest of his life. In 2014 his wife Roberta passed away. Don married Annabella Oblimaga in 2019.

Don’s passions were farming, family, genealogy, and getting to know people and their ancestry. One of his favorite sayings was, “All I learned I’ve forgotten; all I know I’ve guessed.” He valued hard work and persistence. He had a sense of humor, especially with his grandchildren.