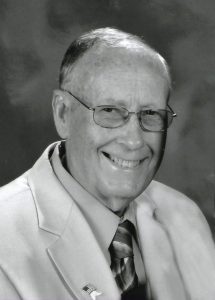 Mass of Christian Burial was at 10 a.m. Tuesday, Aug. 30, 2022, at St. Mary’s Catholic Church in Remsen, IA with Father Timothy Pick officiating and Deacon Doug Heeren assisting. Burial will be at Memorial Park Cemetery in Sioux City, Iowa. Visitation with family present was 4-7 p.m. on Monday, there will be a parish rosary and vigil prayer service at 5 p.m. all at Fisch Funeral Home & Monument in Remsen. Visitation resumed at 9 a.m. on Tuesday at the funeral home. Services have been entrusted to the Fisch Funeral Home & Monument in Remsen. Condolences may be sent online at www.fischfh.com

Don was a Cement Mason Local 41 for many years. The last 18 years, he worked for MidAmerican IBEW # 499 until retirement. He loved to garden, play soft ball, bowling, golf, hunting, family camping, and taking care of many foster babies through Catholic Charities.

He joined the Catholic Church in 1967 and belonged to St. Joseph Church. He was a member of the Knights of Columbus, Third and Fourth Degree. He and Mary saw a lot of the USA on Bus Tours and loved dancing.