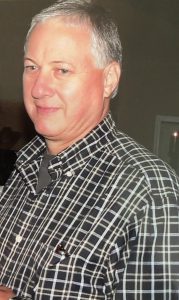 A Celebration of Life will be held at the pavilion at Stahl Park in Anthon, IA on Saturday, September 3, 2022 at 1:00 PM. Arrangements are with Miller Funeral Home, Tallapoosa, GA. Sympathies may be sent to the family at www.miller-funeralhome.com.

Michael was born August 26, 1956 in Sioux City, IA to Francis and Edna (Koehler) Dixon. He graduated from Anthon-Oto High School in 1975.

In 1984, after several small jobs, Michael was employed as a courier driver at FedEx in Sioux City, IA. He transferred to Spokane, WA for a couple of years, but returned to Sioux City. He then transferred to Gainesville, GA as a Customer Service Agent (CSA) after meeting the love of his life.

He returned to Sioux City in 2011 and worked his final six months as a courier at the location where he started his career.

After 28 years, he retired in January 2012. He continued to keep busy with working at a local landscape business part-time, keeping up his garden and flowers and working at their mountain home.

He was preceded in death by his parents; a brother, Donald Dixon; and a sister, Debbie Dixon.