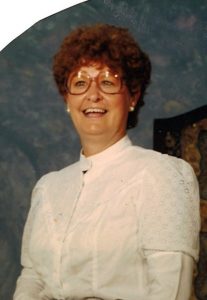 A Celebration of Life, fellowship and a luncheon for Donna Belknap, age 86, of Moville, will be held on Saturday, September 10, 2022 from 2:00 pm to 5:00 pm at the United Methodist Church of Moville.

Donna M. Belknap was born December 21, 1935 in Mapleton, Iowa to Emil and Viola Hesse. She attended Mapleton High School. After high school she was united in marriage to Gene Belknap on March 17, 1957. They made their home in Moville, Iowa, where they raised their children.

Donna thoroughly enjoyed her job at Swift Hatchery in Moville where she was the assistant supervisor. She was known as the “best turkey loader in Iowa.” She enjoyed fishing, bowling, golf, playing the slots and crocheting. She kept a garden and canned many of her garden goodies.