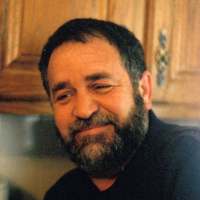 A funeral service will be held Wednesday, August 31 at 12:00 p.m. at Meyer Brothers Morningside Chapel.  Visitation will be Tuesday from 5-7:00 p.m. at the funeral home.  Burial will be at Memorial Park Cemetery.  Online condolences may be made to www.meyerbroschapels.com.

Mike was born on September 5, 1957 in Sioux City, IA to Larry and Donna (Miller) Menke.  He graduated from Bishop Heelan high school in 1975 and began his career as a sheet metal worker.

Mike was a member of the Sheet Metal Union.  He enjoyed hunting, fishing, Iowa Hawkeye sports, and the St. Louis Cardinals.  He coached Morningside Little League baseball from 1993 to 1998.  He was also a board member from 1994 to 1997.

He is preceded in death by his mother, Donna and brother-in-law, Cal Edwards.