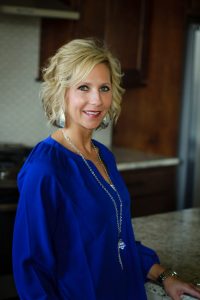 Services were held at Gloria Dei Lutheran Church, 8301 Aurora Avenue, Urbandale, Iowa on Sunday, September 11, 2022. Inurnment will be held at a later date at Ferguson Cemetery on Rolf Ave in Lake View, Iowa.

Jessica was born October 27, 1975 in Honolulu, Hawaii to parents Edward and Gayle (Huser) Williams. She was baptized in Hawaii and confirmed at Salem Lutheran Church in Correctionville, Iowa.

Jess graduated in 1994 from Kingsley-Pierson High School. She attended Buena Vista University, where she was a cheerleader, graduating with a degree in K-6 special education in 1999. She taught at Sac City, Adel, and the Des Moines metro area schools. She also coached cross country while at Adel. Jess earned her real estate license in 2014 and worked for Coldwell Banker and most recently Century 21.

Jess married the love of her life, Paul Kramer, on July 31, 2004 at Gloria Dei. They made their home in rural Granger and later in Grimes. They were blessed with two lovely daughters, Sophie in 2007 and Samantha in 2009. Jess was an active member at Gloria Dei, taking part in numerous groups and committees.

She loved to golf and organized the ladies’ golf league at Jester Park. And she was instrumental in raising awareness for breast cancer, walking 39 miles through both NYC and San Francisco to raise funds, and being named an Iowa Susan G. Komen Cancer Walk top fundraiser in 2017.

She enjoyed watching her girls play volleyball, traveling with her college friends, and meeting new people in her Meet Grimes videos.

Jessica bravely battled cancer for more than 15 years. Her determination, positive outlook, and courage were an inspiration to many.