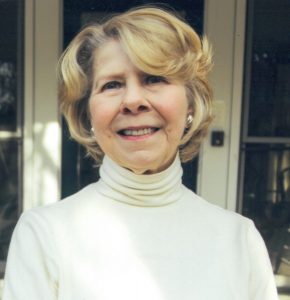 Pauline “Polly” Agnes Kuhn, the daughter of Laurence and Emma Kuhn (Schieuer), was born on April 9th, 1940, in Kingsley, Iowa and returned home to Iowa, where she passed away peacefully at her home in Ankeny on Friday, June 17th.

Her life will be celebrated on Saturday, September 17 at St. Michael’s Catholic Church in Kingsley, Iowa at a funeral mass at 11 a.m. followed by a luncheon at the Kingsley Community Center. Her life will also be honored that evening at the annual gathering place for the descendants of Laurence and Emma Kuhn, “the cabin” near Bagley, Iowa.

Pauline “Polly” Agnes Kuhn, the daughter of Laurence and Emma Kuhn (Schieuer), was born on April 9th, 1940, in Kingsley, Iowa and returned home to Iowa, where she passed away peacefully at her home in Ankeny on Friday, June 17th.

Polly—a beloved sister, emulated aunt, and wonderful friend—will be remembered for being inspired by challenges and embracing life with energy and optimism as she set goals, then set out to achieve them.

Her dreams started taking shape as she grew up with her seven siblings on a farm just outside of Kingsley where she developed a work ethic, a love of music, an impressive hook shot, and a desire to see the world.

After graduating from Kingsley High School in 1958, Polly attended Iowa State Teacher’s College (now UNI) with the goal of becoming an English instructor, but after a summer of working as a nurse’s aide in the operating rooms at St. Joseph Mercy Hospital in Sioux City, she determined her calling was to become a surgical nurse.

Polly then earned a diploma in nursing from the St. Joseph Mercy School of Nursing and headed east to begin her nursing career in Burlington, Vermont and then Massachusetts General Hospital in Boston where she moved up through many positions until she become the Director of Surgical Services.

Polly also envisioned and then wrote and edited the Massachusetts General Hospital Department of Nursing Operating Room Procedure Manual, a pocket-sized bound book that could be found in operating room departments across the country (and which is now a collector’s edition). Polly then discovered her true calling and most rewarding challenge: bringing computers to surgical services.

Driven by a vision to use computers to improve surgical management and not swayed by naysayers, Polly joined the Boston Computer Society, earned a computer programming degree at night school, and then was rewarded with a nursing position, created for her, within Management Information Systems (MIS), where she transformed surgical operations (as well as other departments) by programming, designing, and producing reports from scratch.

Along the way, Polly studied French and skiing in Boulder, Colorado and piano (which she could play by ear) at the Boston Conservatory of Music; earned a BS in Sciences from Boston University, BSN in Nursing from Northeastern University, an MA in Anthropology at the University of Iowa; and she saw the world: National Parks across the US, Europe, Austria, Switzerland, Norway, Sweden, Denmark, Venezuela, Canada, Singapore, Hong Kong, and China. She also spent cherished time with family celebrating holidays and many of her nieces’ and nephews’ graduations, weddings, and military honors in Iowa, New York, North Carolina, Oklahoma, Vermont, and Virginia.

After 25 years, Polly moved south to Westminster, South Carolina where she escaped the intense pace and bought her first home, 214 Walhalla (which she just loved) and devoted herself to creating a garden sanctuary. She also continued nursing and managing for 15 years in area hospitals, including managing the MIS department at a teaching hospital and assisting with the selection and installation of a computerized surgery system.

A true believer in life-long learning and exercising the brain and the body—Polly persisted with her zeal for music and sport, which started in Kingsley, throughout her life: she played piano, developed her skiing and tennis prowess, and later became a committed walker who walked miles and miles around Westminster. She also took dance, painting, creative writing, pattern making, tailoring, millinery, wine tasting, and auto mechanics classes; belonged to gardening and book clubs; and was a very talented seamstress and knitter.

After retiring from nursing, Polly, again not deterred by her lack of knowledge or experience, mastered her next endeavor: trading foreign currencies. She also found great joy painting pictures of the family farm for her brothers and sisters and in creating stories in rhyme for her grand nieces and nephews about their grandparents’ lives on the farm.

Polly’s embracing each day with what it had to offer guided her life. Her next challenge was overcoming a health challenge, which she beat by thoroughly investigating her care options, meticulously following guidelines, and directing all of her drive, determination, and creativity to creating delicious plant-based dishes that turned her health-situation around and allowed her to live a full life.

Polly’s determination to cherish living continued even when the COVID pandemic kept her secluded from friends and family and her heart did not allow her to walk around Westminster. Not stifled, she continued her study of piano and French and found great pleasure in reading books; watching movies; daily texting conversations and phone calls with her sisters, Janice and Meg, and friends Sandy and Ann; and planning her move back home to Iowa.

The family extends their gratitude to Polly’s Westminster neighbors Sandy and Bill Brockington, Jim Lynch, Patsy Morgan, and Nathan and Joanna Stephens, and is so grateful Polly made it back home to Iowa where she was greeted with the smell of blooming lilacs and welcomed by her loving family.

Polly is now with her parents Laurence and Emma, her brother Leo, her sister Kathleen “Kathy,” brothers-in-law Steve and Bob, and her nephew Jay.

In lieu of flowers, honor Polly’s life with a donation to Maggie’s School in Kenya (founded by her dear friend Wink McLeod) or the reading and math programs at Orchard Park Elementary in Westminster, South Carolina (where Miss Polly tutored first graders).