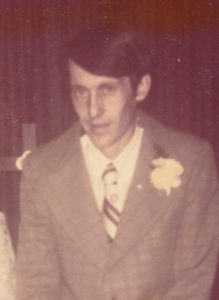 In memory of Jay Smith the family honored his wishes. He has been cremated and no services are planned. Burial of the remains will be at Oakwood Cemetery near Casey.

A celebration of life will be held on Monday, October 17, 2022 from 5-7 p.m. at the Casey Visitors Center in Casey. All are welcome to the celebration.

Jay lived in Casey all of his life. He graduated from Adair-Casey High School in 1963. Jay married Kathy Lee Hatfield on June 15, 1974 at the United Methodist Church in Casey.

Jay worked as a mechanic with his dad in Smith Garage in Casey until 1984. In 1984, his father Zeke retired from Smith Auto Parts which he had started in 1978. He was the owner and operator of Smith Auto Parts in Casey from 1984 until his retirement at the end of 2005.

Other hobbies included golfing at the 5X80 Golf and Country Club in the past and riding motorcycles. He belonged to A.B.A.T.E. of Iowa and Harley Owners Group which are associated with motorcycles.

Jay is survived by his wife Kathy of Casey; brother Dennis Craig Smith of Nashville, Tennessee; and son Thomas Jeffrey Smith of Casey.

He was preceded in death by his parents and brother, Airman Second Class John Edward Smith in 1965.