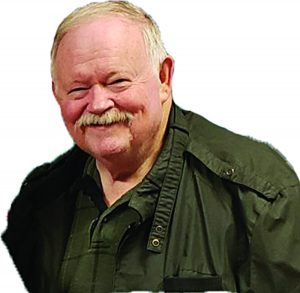 Kent A. Baker, 74, of Moville, passed away Friday, September 23, 2022 after a lengthy illness. A family burial will be held at a later date.

Kent was employed as a journalist for the Glidden, Iowa newspaper, as well as The Des Moines Register. He spent several years in Honolulu, Hawaii where he was the News Director and later the CEO for Fox Channel 2 television station.

In 2000, Kent moved back to Moville and purchased The Moville Record, which was his life-long dream. He served as president, owner and publisher of the newspaper until his retirement. He was active in the Moville community, and served on the MCDAI board. He was also co-chairman of the Moville@125 committee.

He was preceded in death by his parents and grandparents.

In lieu of flowers, memorials may be directed to Holly Springs Bible Fellowship Church, MCDAI, or directed to your favorite charity in Kent’s memory.