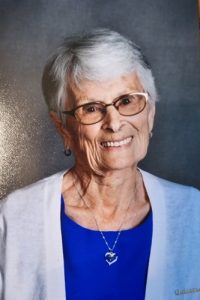 Mildred Bowers of Moville, Iowa passed away October 14, 2022 in her home.

Born Oct. 4, 1927 to Frank and Bessie Williams Sparks in Moville, Iowa, Mildred was one of nine children, spending her early years attending schools in and around Moville.

After graduating from Moville High in 1945, she attended Morningside College. After graduation, she taught at rural schools in the area.

Mildred married Lester Wendel on Nov. 27 1947 and they lived and farmed in and around the Oto, Iowa area, settling in Correctionville, Iowa from 1963 to until Lester’s death in 1972.

She later married Wayne Bowers and they moved to Princeton, Mo where they farmed for 20 years before retiring to Gilman City, Missouri.

Mildred passed away on October 14th , 2022 in her home, being preceded in death by her parents, Her first husband Lester Wendel and second husband Wayne Bowers, her children
Linda Beeson and Jeff Wendel, and 8 siblings including Marion, Bill, Gerald, Dale, Burt, Jay, Helen and Lee.