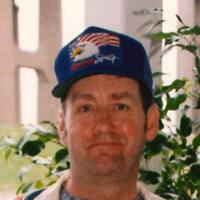 Services were held at 10:30 a.m. on Friday, October 14, 2022 at Meyer Brothers Morningside Chapel. Burial will be at Banner Township Cemetery in Lawton. Visitation with the family present will be from 5:00-6:30 p.m., with a Prayer Service at 6:30 p.m., on Thursday, October 13, 2022 at the funeral home. Online condolences may be directed to www.meyerbroschapels.com.

David was born on August 6, 1946 in Sioux City, the son of Clarence and Doris (Weaver) Braesch. He was a lifelong Siouxland resident, and graduated from Woodbury Central High School in May of 1965. He joined the United States Navy during high school, and served an active duty tour during the Vietnam War.

David worked for several years as a Parts Manager for I-State Trucking, retiring in August of 2012.

He enjoyed watching NASCAR, the Iowa Hawkeyes, and the Chicago Bears.

Left to cherish his memory are his brother and sister-in-law, Roger and Lynette Braesch, of Sioux City.

He was preceded in death by his parents; and a brother, James.

Memorial donations may be directed to the family for future designation.