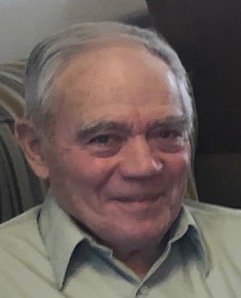 William Vern Altemus passed away on October 27, 2022. Vern was born February 13, 1938 at home in rural Correctionville to his parents Franklin Rugh Altemus and Violet Lucille (Utesch). He was the oldest of three siblings.

Vern began farming in 1954 and was a lifelong farmer. In high school he was involved in FFA and served various officer positions.

Vern joined the Air National Guard after graduation from Correctionville High School in 1956. He then attended Iowa State College and lived in a house on Lincoln Way in Ames. He spent many years roller skating & attended many dances until his stroke in 1999.

Vern purchased his home property near Cleghorn in 1969 and lived there until he moved to the Correctionville Nursing Home in August of 2021. His only non-farming job was at Wilson Trailer in Sioux City.

Vern enjoyed the farm life and continued working on the farm well into his retirement. One memorable Christmas in the early 1980’s, his nieces were shocked that the gift exchange had to be halted so Vern could go do his cattle chores.

Through the years Vern enjoyed being an uncle, great-uncle and a great-great-uncle! He was very proud of his four nieces and enjoyed getting together with his family at each Thanksgiving, Christmas and Easter. Vern was generous to his family and was also a supporter of Hope Haven.

Vern had an interest in old tractors and enjoyed going to farm sales. He was able to purchase the same model tractor that each of his neighbors on Ridge Road farmed with during his childhood. He and his dad shared a particular fondness for Oliver tractors. Vern profoundly loved learning new things and was an assiduous student of the stock market and all of its workings.

Vern is preceded in death by his parents Violet and Frank. He is survived by his sisters, Audrey (Ron) Sanderson and Lila (Keith) Byers, both of Correctionville, Iowa. His nieces, Renee (Ross) Van Marel, Lorie (Tom) Stanton, Angela (Jeff) Alitz and Stacy Orndorff are left to cherish his memory. He will be deeply missed by his family including his nine great-nieces and nephews and four great-great nieces and nephews.