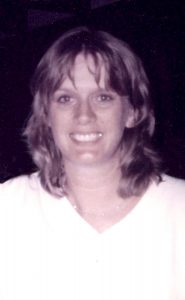 A Memorial Service will be held at 11:00 a.m., with a Visitation held one-hour prior from 10:00 a.m. to 11:00 a.m., on Saturday, November 12, 2022, at St. John’s Lutheran Church of Battle Creek, Iowa. Rev. Randy Cormeny will officiate. Committal services will follow in the Oak Hill Cemetery of Anthon, Iowa. The Armstrong – Van Houten Funeral Home of Anthon, Iowa is in charge of the funeral arrangements. Condolences may be sent online to www.armstrongfuneral.com.

Cynthia Marie Fundermann was born on February 5, 1960, in Sioux City, Iowa, to John and Helen Fundermann, the youngest of their five children. She attended Battle Creek Community School in Battle Creek, Iowa, graduating with the class of 1978.

Cindy was united in marriage to Scott Hupke and they were blessed with three children: Jales, Jas and Jesley. She was a stay-at-home mom, later working several jobs including assembling grain bins, cleaning houses, working at Willow Dale Nursing Home, and Fred Meyer and Charis Place Assisted Living.

Spending time with her five grandchildren was one of Cindy’s favorite things to do. She also enjoyed doing crafts and daycare. In 2014 she moved from Iowa to Alaska. In 2021 she moved to Missouri, where she remained until her passing.

She was preceded in death by her parents John and Helen Fundermann; parents-in-law Delbert and Beverly Hupke; niece Brandi Bainbridge; brother-in-law Jeri Goodman; and many aunts, uncles and other relatives.