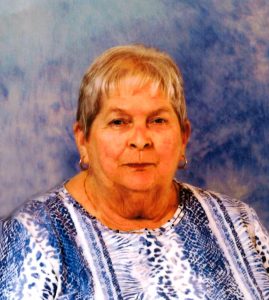 Funeral services took place at 11:00 a.m. on Thursday, November 10, 2022, at the Moville United Methodist Church. Rev. Sheryl Ashley officiated. Burial followed at the Hillside Cemetery in Merrill, Iowa. Visitation with the family present was from 9-11 a.m. on Thursday at the church. The Mauer – Johnson Funeral Home in Le Mars is assisting Bonnie’s family with funeral services. Expressions of sympathy may be directed through mauerjohnsonfh.com

Bonnie Lou Modlin was born on November 30, 1944, in Blair, Nebraska, the daughter of Adolph B. and Stella J. (Tranmer) Modlin. She attended school in Nebraska. Bonnie worked at various places in the area including at IBP, an antique store and as a waitress.

On April 25, 1987, Bonnie married Arvin Lee Daniels in Merrill, Iowa. They made their home in Merrill prior to moving to Sioux City and later Moville, Iowa. She was a member of the Moville United Methodist Church and the United Methodist Women. She enjoyed listening to live music.

Bonnie’s life revolved around her family and their activities.

She was preceded in death by her parents and a sister, Lisa Tincher.