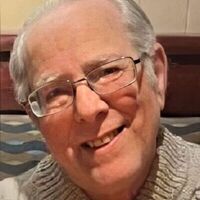 Memorial service was held at 2 p.m. on Friday, November 12, 2022 with Military Honors at Rohde Funeral Home, Kingsley, IA, with Pastor Travis Powers officiating. Condolences may be directed online to the family at rohdefh.com.

Walter was born the son of Eugene and Wilma (Mendenhall) Werner August 19, 1952 in Schaller, Iowa.  He graduated from Crestland High School in 1971 and continued on to Western Iowa Tech where he also graduated.

Walter and Rebecca Jepson were united in marriage on February 26, 1977 in Farmington, Maine.

He was a machine operator on the night shift for Well’s Blue Bunny for 14 years, retiring six years ago.  He and Becky lived on an acreage where he could tinker and look after his chickens and ducks.

In his spare time he enjoyed fishing, working with livestock, several garden endeavors, carpentry and mechanics.

Those who preceded Walter in death were his parents, grandparents, and other relatives. His brother, Wayne Werner, passed away two days later.