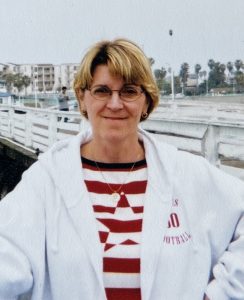 Deborah Leone (Rath) Evans, age 71, of Correctionville, passed away on Wednesday, November 23, 2022 at the MercyOne Siouxland Medical Center of Sioux City after a long battle with cancer.

Deborah was born on August 21, 1951, in Schaller, IA to the late Wayne & Virginia Rath. She grew up in Correctionville, IA and graduated in 1970 from Eastwood Community School.

After graduating High School her journey in life led her to work at Sioux Bee Honey and, later, Zenith in Sioux City, IA.

In 1974 Debbie enlisted into the US Navy. After that she attended Western Iowa Tech Community College where she received her certification as a nursing aid. Her employment at St. Vincent’s Hospital led her to continue her education as a surgical technician. She eventually found a wonderful career as a homecare worker for the Boys and Girls Home and Family Services of Sioux City, until her retirement.

In 1978, Deborah met Dennis Evans and they were married on February 14, 1981 at Grace Lutheran Church in Correctionville, IA. They built and raised their family together on the farm they resided on until her death. They had two sons; Corey Wayne and Michael Earl.

Deborah was passionate about helping people, as well as being a mother and a wife. She enjoyed supporting her sons’ activities as well as traveling to California with Dennis to see her late Aunt Nancy. She also found great joy in caring for her dogs, Max and Buddy.

Above all, she loved being a grandmother to her granddaughter, Parker Evans and enjoyed spending as much time as possible with her crafting, coloring, putting together puzzles and reading books.