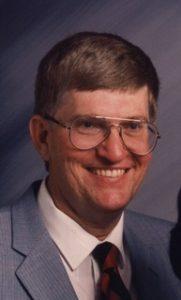 A funeral Mass was held on Monday, December 5, 2022 at 10:30 AM at the Immaculate Conception Church of Moville with the Fr. Randy L. Schon officiating. Burial will be at the Sacred Heart Cemetery of Early. A visitation was held on Sunday, December 4, 2022 from 5:00 PM – 7:00 PM with a Scriptural prayer service at 7:00 PM at the Immaculate Conception Church of Moville. The Nicklas D. Jensen Funeral Home of Moville is in charge of the arrangements. Online condolences can be made at nicklasdjensenfh.com

Born on February 18, 1947 in Sioux City, Iowa to Theodore and Hazel (Pederson) Harder, Jim spent his early years in Ponca, Nebraska. After his father’s death the family moved to Sioux City where he graduated from Central High School in 1966.

Jim enlisted into the United States Navy in 1966, serving until 1970. During this time he was deployed to Vietnam on multiple tours and had the opportunity to explore places throughout southeast Asia such as Australia, Hong Kong, Japan, Singapore, and Philippines.

Upon his discharge he returned to Sioux City in August of 1970. That Halloween he met Elizabeth (Beth) Drey and he fell head over heels in love with her; they became engaged at Easter and were married in Sac City on August 21, 1971.

Jim got a job working for IPS (Iowa Public Service, Co) which took him and Beth to Hornick and Early before they settled in Moville in 1978. Jim and Beth were a fabulous duo who supported each other through the ups and downs of life. They were always doing something, but they really loved their time spent at their Okoboji vacation home.

Jim had a passion for projects. From an early age he was fascinated by anything mechanical. This was especially true of automobiles and over the years he spent many an hour using his talents to breathe life into classic cars that needed some extra love and care.

He was preceded in death by his wife Elizabeth in 2010.

Those left to cherish his memory include his children: Julie (Phil) Bride of North Liberty, Iowa and Mike (Kenzie) Harder of Norwalk, Iowa. His grandchildren are Aidan Harder, Sophia Bride, Elena Harder, and Lauren Bride.