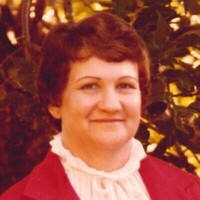 Services will be held 6:30pm Tuesday, December 20 at the Community Presbyterian Church in Lawton. There will be a private burial at a later date. Arrangements are under the direction of Waterbury Funeral Service of Sioux City.

Audrey Ann was born to Howard and Edna (Maass) Ingalls on June 20, 1938, in Clear Lake, SD. She attended school at Clear Lake High School and participated as a majorette. She married Darrell Jensen February 14, 1955. They had 4 daughters followed by a son. They farmed outside Clear Lake until moving to Miller, SD; Rock Rapids, IA, and Kingsley, IA. then finally settling in Lawton.

She was employed as a housekeeper, worked at the grocery store, Lil Audrey’s Den, K-Mart, Pronto and Char Mac. She was always proud of her relationship to Laura Ingalls. She enjoyed cooking, baking, snowmobiling, camping and visiting with family and friends, always with coffee and something baked.

Audrey moved to Lawton Senior Living in October of 2019 where she found the new hobby of puzzles; many of which are displayed around the building.