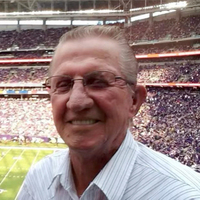 Loren C. Neville, 89 of Moville, Iowa passed away Wednesday, January 4, 2023, at his home surrounded by his family.

Loren was born in Sioux City, Iowa, on December 29, 1933, to Clarence and Loraine (Tabke) Neville. He was the second of four children and was raised on the farm, first outside Lawton, and later to the homeplace southeast of Moville. In school, Loren participated in basketball, baseball, music, class play, class officer, and was active in 4-H, showing cattle all over the Midwest. He graduated from Climbing Hill High School in 1952.

He was drafted into the U.S. Army, serving from 1955-1957, at Fort Bliss, Texas, with Battery D, 90th Anti-Aircraft (AAA) Battalion. After military service, Loren met Jean Galvin in Sioux City, where she was attending National Business Training, and they married on March 19, 1960.

Loren was a trucker for a brief time before taking over the family farm from his father. He was a farmer and was a well-known cattle feeder in Woodbury County. He was active in many community organizations. He was president of the Meadows Country Club, president of the Woodbury County Rural Electric Cooperative, Chairman of the Moville Township Trustees, was an Abu Bekr Shriner, and became a Master Mason in the 532 Lodge in Moville.

Loren and Jean loved to golf and were life-time members of the Meadows Country Club. They played in many 2-ball foursome golf tournaments throughout northwest Iowa.

The couple also enjoyed yearly trips to Las Vegas with friends. Every summer, the family spent some relaxation time at his mother’s cabin on East Okoboji Lake. After retiring from farming and moving to town, he cared for Jean when her health declined. He continued to enjoy golfing with the senior league and having coffee with the guys.

He was very proud of his three children, their careers and families, and he especially adored his grandchildren. When meeting someone new, he told them that he was a stubborn farmer and would never tell anyone his age. If asked, he would usually subtract at least 10 years from his actual age.

The family would like to acknowledge his special friend, Shirley, his friends at the Movillatte Coffee Shop, his cancer doctors, and St. Croix Hospice.

Loren is survived by his children, Alan (Melissa) of Aberdeen, SD, Robin (Gina) of Efland, NC, and Ryan (Megan) of Norwalk, and seven grandchildren, Alex, Kira, Nick, Tori, Ethan, Izzy, and Ellery; one sister, Mary Jacoby; and his nieces and nephews.

Preceding Loren were his wife, Jean; parents, Clarence and Loraine; his sister, CoeLeta; and his brother, Byron.