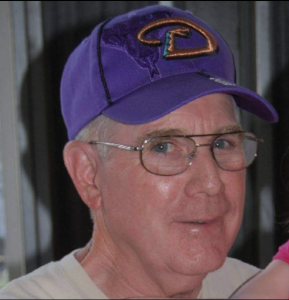 With heavy hearts, Robert H. (Bob) Hulse Sr.’s two children and five siblings regret to inform you that he passed away on January 7, 2023. He courageously fought Parkinson’s Disease (PD) for 13 years.

Bob lived most of his years in Des Moines and Ankeny, Iowa. As PD created increased complications, his final years were spent at the Iowa Veterans Home (IVH) in Marshalltown, where his brother, Bill (wife Vicki Bremer Hulse of Moville) also resides. Bob and Bill lived at IVH across the hall from each other. They have been loved and adored by the nurses, aides and techs on their unit and received outstanding and gentle care from them.

Bob was born to Paul and Marian (Clary) Hulse. Seven children were born to this family. They lived on a farm between Kingsley and Moville. Sadly, their mother passed away from cancer when Bob was 12 years old. Bob grew up on the family farm and developed an incredibly strong work ethic. That work ethic would follow him throughout all of his working days.

Bob graduated from Woodbury Central High School in Moville in 1964. He then moved to Iowa City, where he worked helping lay asphalt for a major road project outside of Iowa City. He then got the call to report for military service in the U.S. Army during the Vietnam war. Bob was sent to Fort Ord, California. Despite receiving orders five times to be sent to Vietnam, his superior officer denied the orders because he was too valuable in his current position. After his military service, he returned to Iowa City. In 1970, he married Kathy Nedved, a pretty nurse who worked at University Hospitals. They parted ways many years later.

When Bob and Kathy met, he was employed at a gas station in Iowa City. Impressed with Bob’s work ethic, the owner hired Bob to manage an auto parts store he owned in Des Moines. Bob and Kathy eventually bought the store and they worked together steadfastly for many years before closing it and moving on.

Bob also worked for Lennox Industries in the Des Moines area for over two decades as a machinist and painter. He retired from Lennox, but Bob still needed to keep busy. He mowed lawns for many neighbors, even mowing some public areas near his home for which the City was responsible. When the snow came, he continued to push snow for the same neighbors and the public areas. He did this work for free, as it gave

Bob something to do and he enjoyed doing it. Bob had a kind and giving heart, and his personal work ethic demanded that he keep busy despite his worsening PD. To say that his work ethic learned on the family farm was unequaled, is an understatement. Bob fought PD, kidney failure, as well as other major health issues. Finally, his medical challenges necessitated giving up his home and moving to the IVH.

Bob was preceded in death by his Mother (1957), his Father (2000), and his youngest brother, Richard Clary Hulse (1993), as well as his beloved grandmother, Susan Frances Hulse, his grandfather, Rev. C.V. Hulse, who baptized Bob and his siblings in the Methodist Church in Kingsley, his maternal grandparents Marion B. and Sarah Clary of Petersburg, IL, as well as many dearly loved aunts, uncles, and cousins.

Memorial services will be held in Kingsley at Rohde Funeral Home in the spring. Date to be determined. All are welcome to attend. Burial will be in the Kingsley Cemetery next to his Mother and Father. Condolences may be sent to Vicki Hulse, P.O. Box 314, Moville, IA 51039.